Shares in Eike Batista’s oil platform leasing unit are being embargoed at the request of Acciona SA (ANA) as the Spanish power generator seeks to secure payment from the former billionaire’s shipbuilder, Acciona said.

A judge in the Netherlands granted a petition to hold the shares of OSX Brasil SA (OSXB3)’s leasing unit, Madrid-based Acciona said in an e-mailed response to questions after the ruling was reported by Veja columnist Lauro Jardim. OSX, based in Rio de Janeiro, didn’t reply to requests for comment to its press office. Acciona didn’t provide details of the legal case.

Batista’s leasing unit, which was left out of OSX’s bankruptcy protection request, owns the OSX-3 offshore oil-processing vessel built by Tokyo-based Modec Inc. (6269) and used as collateral for $500 million of OSX bonds due 2015. The defaulted bonds jumped 4.3 cents this year to 89.5 cents on the dollar on Jan. 17 partly because of expectation foreclosure of the vessel will allow creditors to get their money back.

“It’s a second bid on the money,” said Rafael Fritsch, chief investment officer at JGP Credito in Rio de Janeiro. Acciona “is hoping for any excess value after bondholders and banks,” he said. “In theory, there should be excess value.”

Shares of OSX, which have plummeted 92 percent in a year, were unchanged at 77 centavos at 1:45 p.m. in Sao Paulo.

OSX defaulted on $11.56 million of interest payments on the bond due Dec. 20.

To contact the reporters on this story: Juan Pablo Spinetto in Rio de Janeiro atjspinetto@bloomberg.net; Blake Schmidt in Sao Paulo at bschmidt16@bloomberg.net

To contact the editor responsible for this story: James Attwood at jattwood3@bloomberg.net 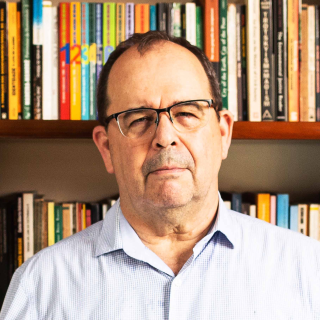